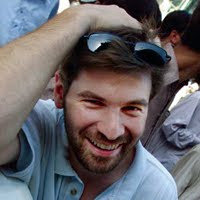 Acclaimed war photographer Chris Hondros (English ’93) has died after being injured Wednesday in Libya. Hondros, a senior correspondent for Getty Images, has covered conflicts in Irag, Afghanistan, Liberia, Kosovo and elsewhere. He was a finalist for the 2003 Pulitzer Prize in spot news photography and a finalist for a 2008 National Magazine Award. His photos have appeared in The New York Times, Newsweek and The Economist. Read more at the NC State Newsroom website. Our thoughts go out to Chris’s family and friends.